The average tenant is changing

The average tenant is changing

It is of no surprise that the profile of private rental tenants has changed dramatically over the past 30 years with an increasing number of families with children and older people renting for the long term.  The  (AHURI) Australian 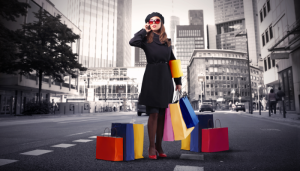 ne University of Technology is being used to inform government policy. Investors may find this information useful when deciding what type of investment property to buy or renovate.  The number of households in the private rental market doubled to 1.8 million over the past 30 years with the biggest growth in Queensland and the ACT, according to a bulletin based on research released in February. Families with children represented more than 40% of renting households in 2011, a much higher proportion than in earlier decades, the bulletin noted.

The number of group households has also risen, with more than one in ten private properties being rented by unrelated housemates in 2011, up from just over one in 25 in 1981. Traditionally single tenants and young families made up the largest proportion of renters. But renters to lone person households fell to one quarter in 2011 from just over 40% in 1981.

Renting households are also getting older. More than half of renters were over the age of 35 years in 2011 compared with around 40% in 1981.

For investors, the findings suggest properties that would suit families with children or appeal to older people will be the ones most in demand, perhaps increasingly so in the future. One should always consider property investment for long term gain and not as a short term speculative strategy.